It started with a kiss, never thought it would come to this …………….

No it actually started when we first hired a traditional narrowboat back in 2004. We had a really cold, soggy Easter week away with Claire & John on a very basic, shabby, smelly boat. “Willow” as she was named which also had the traditional controls – windie windie wheel throttle and push pull gear lever – but that didn’t put us off and neither did getting caught on the cill in the lock with crew frantically dropping the paddles one end and opening up the other to refill the lock before we totally tipped up on the nose! Great week, and I (Judith) couldn’t wait to do it again – not the cill bit!! In fact following that holiday it was then that I announced to Colin that I really wanted to live on a boat and become an eccentric old girl especially as I had seen in the flesh this character I so desired to become (a lovely old lady on her NB managing all alone through the locks and just loving it.) Colin however was not keen and said he would visit me at weekends but living on a boat definitely wasn’t for him. So anyway I tried not to dwell on this too much and we went on to have quite a few more lovely hire boat holidays,

but as you probably know you can’t go far in a week or 2 and the lovely times were over too quickly. I don’t really know what changed Colin’s mind but about 2010 he agreed to do it – YAY – so plans started to form, Crick boat shows were attended,

a boat builder was selected and the date to look to was spring 2015. Life went on as it usually does with commuting to work, attending to house and garden, keeping up with family and friends and the normal ups and downs of this crazy world. Then it happened to be Easter again strangely, but now 2012 when I read that the boat builder we had chosen but not yet approached had gone bust and just for a moment our plans and Colin’s boat designs crumbled 😦 but hey I was back on the Internet looking at ready mades – 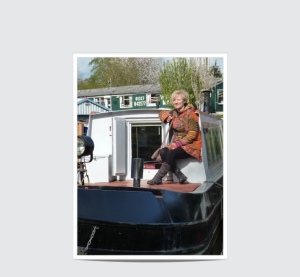 and yes there it was a 70’er laying at Whilton Marina and going for a song. Well not quite but fairly cheap, so grabbing the bull by the horns (Colin) we set off up country to view this specimen and a couple of others ending up almost in Wales by the time we had finished. Alas Aardvark was not for us, too much work to do and too far from home to be able to give our time to it but the other 2 were pretty good. In fact we made an offer on one which was rejected (thank goodness) so we drove home and had a rethink, because after all we were still 3 years off our spring 2015 date. Colin had now got the bug and is also on the internet checking out any possible floating wonders when he comes across this wonderful replica BCN tug 70’ in length and with a fantastic vintage engine.

He thinks he is the first to spot this little gem but no I had already spoken to him about it a couple of weeks earlier but he had dismissed it because it was somewhat over our budget and the engine was a 1936 Lister and not 37 which happens to be a number we quite like (strange lot I know) ‘Bartholomew Roberts’ was her name AKA ‘Black Bart’ and the rest is history, but I will tell you a little more …….

We met up with Black Bart and her then owners (who we are still friends with now) at Kings Bromley Marina in Staffordshire and well it was love at first sight, a deal was done and flipping heck we had bought our dream boat 3 years too soon. Feeling very excited and a little mad we once again started to make plans. The first thing to do was to find a mooring a little more conveniently placed which by pure chance we came across Yelvertoft Marina, just 2 hours up the M1 and 10 minutes from jct18 – beautiful spot and so we spent our 2 weeks holiday from work in June 2012 moving ‘Bart’ from Kings Bromley to Yelvertoft. This was our first experience of a river in near flood when we traversed the Soar – interesting time – vowed we’d never do that again (ha ha of course we have though, in slightly better conditions, thankfully). We made quite an entrance when we arrived at Yelvertoft. We were hoping to sneak calmly and serenely into our choosen berth, instead, that famous Yelvertoft wind hit us ‘broadside’ and before you could say ‘Black Bart’ we had blown across the pond and onto the visitor/fuelling pontoon, which was where we stayed for some time until the winds had dropped slightly or skipper had the balls (Oh!! Really) to try again – great fun and of course everyone enjoying the entertainment.
Back on the home front – Soon after this Marion my lovely mum passed away, I was glad she had the chance to see some pictures of our new home, it would have been great to have got her on board, but that was not to be. Well so much to do and the decision was made to market our lovely house “Woodfell”. 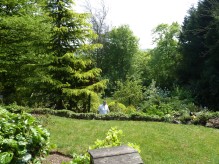 The for sale sign went up in January 2013, we knew she wouldn’t sell quickly due to her individuality but this gave us the time we needed to start the sorting and clearing out of just about everything which happened to include a grand piano! 4 bedroomed house to 1 bedroomed boat, hmmm!! it all had to go, we spent our weekends alternating between gardening and smartening up Woodfell and making Bart our own w 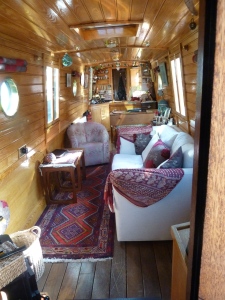 Driving up to Bart every fortnight, on a Friday evening after work and back again late on Sunday evening. Colin having to put up with me continually pleading to stop on board on a Sunday night just so we could be where we wanted to be for that little bit longer, but it didn’t happen due to the thought of that awful M1 on a Monday morning.

We sold a year later, moved out in April, left work in June 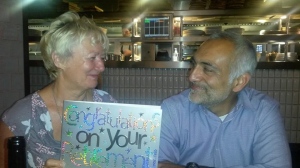 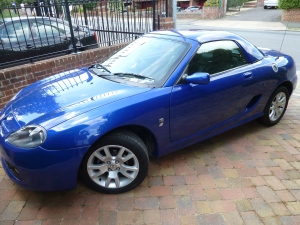 and moved onto Bart in July – that made it sound EASY!

One thought on “Home is where our ‘Bart’ is”

This site uses Akismet to reduce spam. Learn how your comment data is processed.